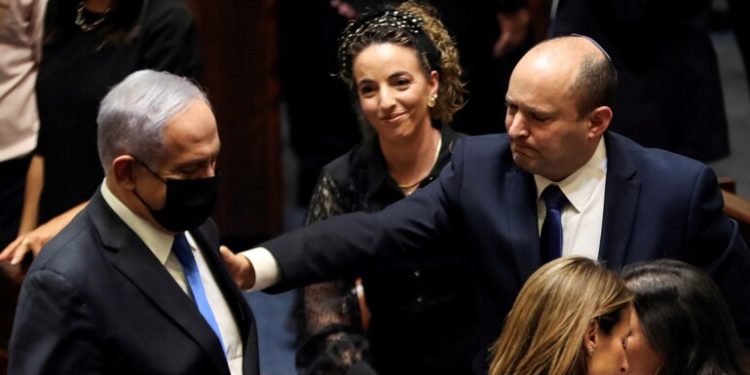 Naftali Bennett, leader of the right-wing Yamina (United Right) party, was sworn in as new Israeli prime minister on Sunday night, sending Benjamin Netanyahu to the opposition after a record 12-year rule.

He said his government would “work for the sake of all the people”, adding that the priorities would be reforms in education, health and cutting red tape.

The right-wing nationalist will lead an unprecedented coalition of parties that won a confidence vote by a razor-thin margin of just one seat on Sunday.

He succeeds Benjamin Netanyahu, who was forced out of office after 12 years.

Mr Bennett, the leader of Yamina party, will be prime minister until September 2023 as part of a power-sharing deal.

He will then hand power over to Yair Lapid, head of the centrist Yesh Atid party, for a further two years.

Mr Netanyahu – Israel’s longest-serving prime minister – will remain head of the right-wing Likud party and become leader of the opposition.