DP PARTY TO REPLACE PARTY THE PARTY’S SPOKESPERSON AND CHIEF WHIP IN PARLIAMENT. 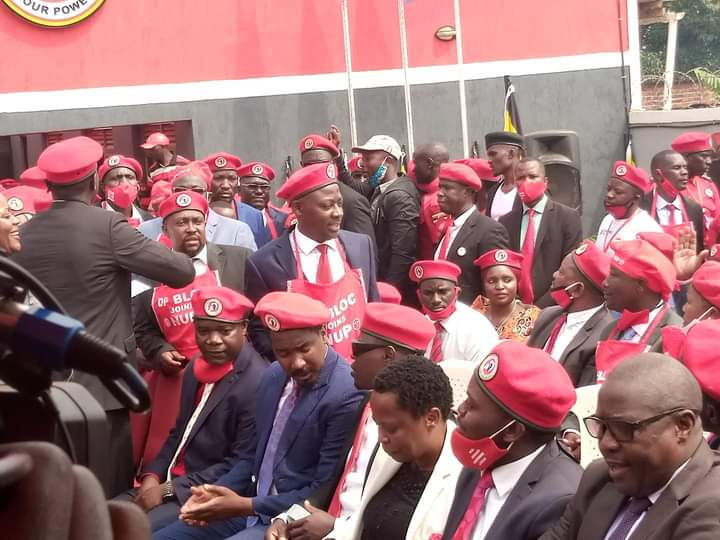 This has been revealed by party secretary General Gerald Seranda, after the dual opted to join National Unity Platform (NUP) headed by Kyadondo East MP Robert Kyagulanyi aka Bobi Wine.

The group that also included Muwanga Kivumbi, Robinah Ssentongo, Veronica Namaganda and Florence Namayanja all DP Members of Parliament was unveiled at the party Headquarters in Kamwokya on Thursday.

The exodus to the new party includes a list of Municipal Mayors and Lord Councilors.

Welcoming  the group, Bobi Wine warned members against detractors and self-seekers who may want to disorganize their political agenda to achieve their desired democratic change of government.

He added that this is just the beginning of the party’s plan to become the biggest opposition party in the country.