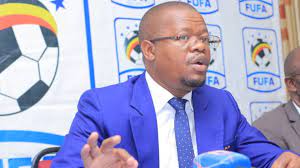 The Federation of Uganda Football Association Electoral Committee has today declared Moses Hassim Magogo as the only duly nominated candidate for the position of FUFA President.

The other members who picked forms from the Electoral Committee and didnot return them include Mujib Kasule and the MP Makindye West Allan Ssewanyana.

Bwiire today said Magogo was the only candidate who returned the nomination forms with all the requirements as per the FUFA Electoral code of 2012.