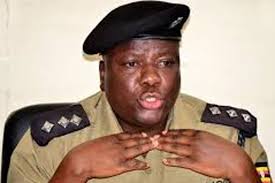 Police in Matugga are holding a man accused of strangling his wife to death. Haruna Lukyamuzi, a resident of Buwambo zone in Wakiso district reportedly strangled his wife, Prossy Namugoya to death on Sunday night.

Hussein Kato, the Buwambo Zone Defense Secretary, says the couple went to a pub on Sunday evening where the suspect bought alcohol for the deceased. According to Kato, while returning home, the couple disagreed on the route to take. He explained that the husband decided to take a short cut while the wife took the long route.

Lukyamuzi reached home before his wife who arrived in the morning hours prompting the husband to question why she had taken long. In his statement at Mattuga police station vide CRB 042/2020, Lukyamizi explains that when his wife arrived home, she drank half Jerrycan of water and lay down.

He reportedly observed her and noticed that her condition wasn’t good and decided to take her to the bathroom for a shower before he could rush her to hospital for treatment. Lukyamuzi however, says that Namugoya started vomiting in the bathroom till she collapsed and died.

Sources at Matugga police station reported that when Scene of Crime Officers visited the couple’s home, they observed that the deceased’s body had serious scratches and some born dislocations an indicator that she had been strangled to death leading to the arrest of Lukyamuzi.

The Kampala Metropolitan Police Spokesperson, Patrick Onyango revealed that Lukyamuzi is currently detained at Matugga police station on a holding charge of murder as they wait for the  postmortem report.